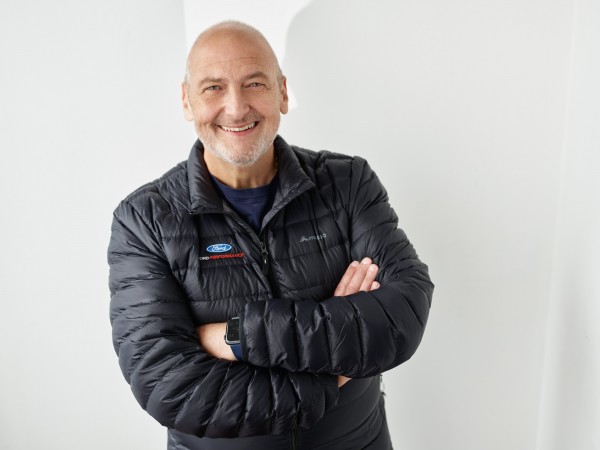 I had the honour of joining the sharpest tax minds in the country as a member of Peter Costello’s GST Technical Advisory Committee in the late ’90s. I’ve since actively worked collaboratively with the ATO and Treasury to improve the administration of GST and continue to participate in the never-ending Tax Reform deliberations of government, the professions and the private sector.

I am now more certain than ever about how much the complex and ever-changing puzzle of GST, in our ever-developing ways of doing business in our economy, can be a very serious issue for business in all sectors.

My primary objective and passion is to ensure that the outcomes of all GST matters enhance overall business success for my clients. Discovering the best technical GST approach is only the start. The solution must be achievable, implementable and in the interests of all relevant stakeholders while keeping clients safe.

Interestingly, but not surprisingly, the recognition and respect I now have as MR GST was not part of a lifelong master plan. Arriving in Australia as a chubby Canadian born 12-year-old under the wings of hard-working Irish parents, my upbringing was very modest and humble. Growing up, I attended the local government school in Melbourne’s East Bentleigh, starting most days on my bicycle at 5 am delivering newspapers.

At 17, I became the first in my extended family to go to University. To pay my way, I was willing to take on just about any job. In my second year of Accounting, Economics and Politics at Monash University, I was encouraged to leave the pub I worked at to join the ATO. I was promoted to be a Sales Tax Investigator in the ATO before turning 21, starting my journey as an ‘Indirect Tax Lifer’ as I continued to complete my degree part-time.

Back in those days, nobody jumped at the thought of doing ‘indirect tax’. With an ambition to advance in a field most people avoided, I left the ATO to become the first person that went straight into the tax division of Price Waterhouse instead of an initial period in auditing.

After a few years in the then ‘Big 8’ Chartered Firms, I established a formidable national private practice from the ground up in Perth, Fehily Loaring, specialising only in Indirect Taxes. In 1991, I moved ‘back East’ to spend 10 years as a senior international partner at Andersen heading up its entire Asia Pacific Indirect Tax Practice. I then had the privilege of assisting the government in establishing our new GST tax, before joining PwC as a senior partner heading up its indirect tax Practice in Australia.

In 2010, I decided to go back to providing GST advice how I knew best, the Fehily way. Today without staff or large overheads, Fehily Advisory works directly with businesses and their incumbent advisers to provide prompt and definitive GST advice to deliver the greatest overall net financial outcomes.

It’s not just about getting the best technical GST answer that will not be challenged by the ATO. I strategise very broadly, leveraging off that best GST answer, together with the great learnings from working with amazing clients over decades. That must all be directed to ensuring clients win in the marketplace, enhance overall benefits and success to the Boards, Senior Executives, Owners and other stakeholders involved while keeping them safe from unfavourable or inappropriate GST advice.

I have always been directly and passionately involved in many government and community organisations, am a Graduate of the Australian Institute of Company Directors and strongly understand and am committed to achieving good governance. I’ve Chaired and served on many Boards with well over 5 decades of collective participation and experience; including major Government Statutory Corporations, private businesses and NFPs.

Qualifications coupled with a career spanning forty years have earned me recognition as a leading independent GST advisor. So much so that the title of MR GST, given to me by others, is now not only etched in history but also on the very fabric of the skin on my right arm as a tattoo and the number plate of my Mustang.

While MR GST is a status that forms one part of my heart, the ability to think with both sides of my brain has also earned me another quirky nickname and tattoo, MR ART. I can’t help but be genuinely and authentically Ken Fehily, which is why I wear my heart on my sleeves, both of them, literally!